Recently, ROC Inc. caught up with Viv MacCarthy from WA who is reaching amazing goals to help raise money for research into Rare Ovarian Cancer.

Viv herself was finally diagnosed at the age of 56 with Adult Granulosa Cell Tumour (GCT) in November 2011, following the abdominal discomfort, abnormal post-menopausal bleeding and an emergency surgery in the 10 years prior to her diagnosis.

Following the emergency removal of Viv’s right ovary and her appendix due to a spreading disease, her health professionals were baffled at the severity and rarity of Viv’s health condition. 12 years later, an ultrasound would reveal a cyst of her left ovary, and in the November, the ruptured cyst was removed and Viv was formally diagnosed.

Since completing her treatment 7 years ago, Viv has had continual health issues and in 2016, had further surgery. Again, the general surgeon was baffled by Viv’s pathology results, and proceeded to take it to a review board considering its rare nature. Since this, Viv’s health has prevented her from returning to work.

Making good use of the extra rest time required, Viv picked up an old skill in crochet and started making bears and other animals for her 17 grandchildren. The bears became increasingly popular with friends, family and neighbours who offered to pay for the bears – which Viv was reluctant to accept.  This all fell into place when Viv saw the opportunity to support Powel Crossley’s 2018 fundraising campaign when Viv offered the bears for a donation and felt very rewarded to see the income from her bears contributed to research for Rare Ovarian Cancer, made people really happy to have a bear, and gave her resting period a great purpose.

The next step forward began in a wool and fabric shop “Sew Gentle Era”, in Bridgetown, WA. The proprietor, Anne Dost, offered to help raise funds by selling Viv’s bears in her shop with 100% of proceeds donated to the GCT Research Foundation.  Ann’s community of customers have all helped to promote the GCT Research cause through bear sales and donating unused cotton to help Viv in making the bears. Together, they achieved over $3,000 between June and December last year.

To date, Viv averages she would have made around 200 bears last year, with each bear taking between 3 and 4 hours to make. Looking forward, Viv would like to extend the bear’s promotions to the local Donnybrook Arts and Crafts Community and more craft stores in South Western Australia.

This year, Viv’s target in the bear sales is $2,500 by the end of December, meaning 167 bears to be made and sold.  This is going to Rare Ovarian Cancer Inc. (ROC Inc.) for JGCT research.  Viv has already deposited $525 through the ROC Inc. Foundation donation page.  Anne will have another $300 to send for current sales, leaving only $1,675 to go for this year’s target.   This amount is going towards the target amount of $25 000 ROC Inc. hope to raise at the upcoming Gala Dinner to pay for more participants in the research.

On behalf of ROC Inc., we would like to thank and congratulate Viv on her efforts towards raising money for research and awareness to help find a cure of Rare Ovarian Cancer, and we wish her success in the sales of her bears and in her own health. 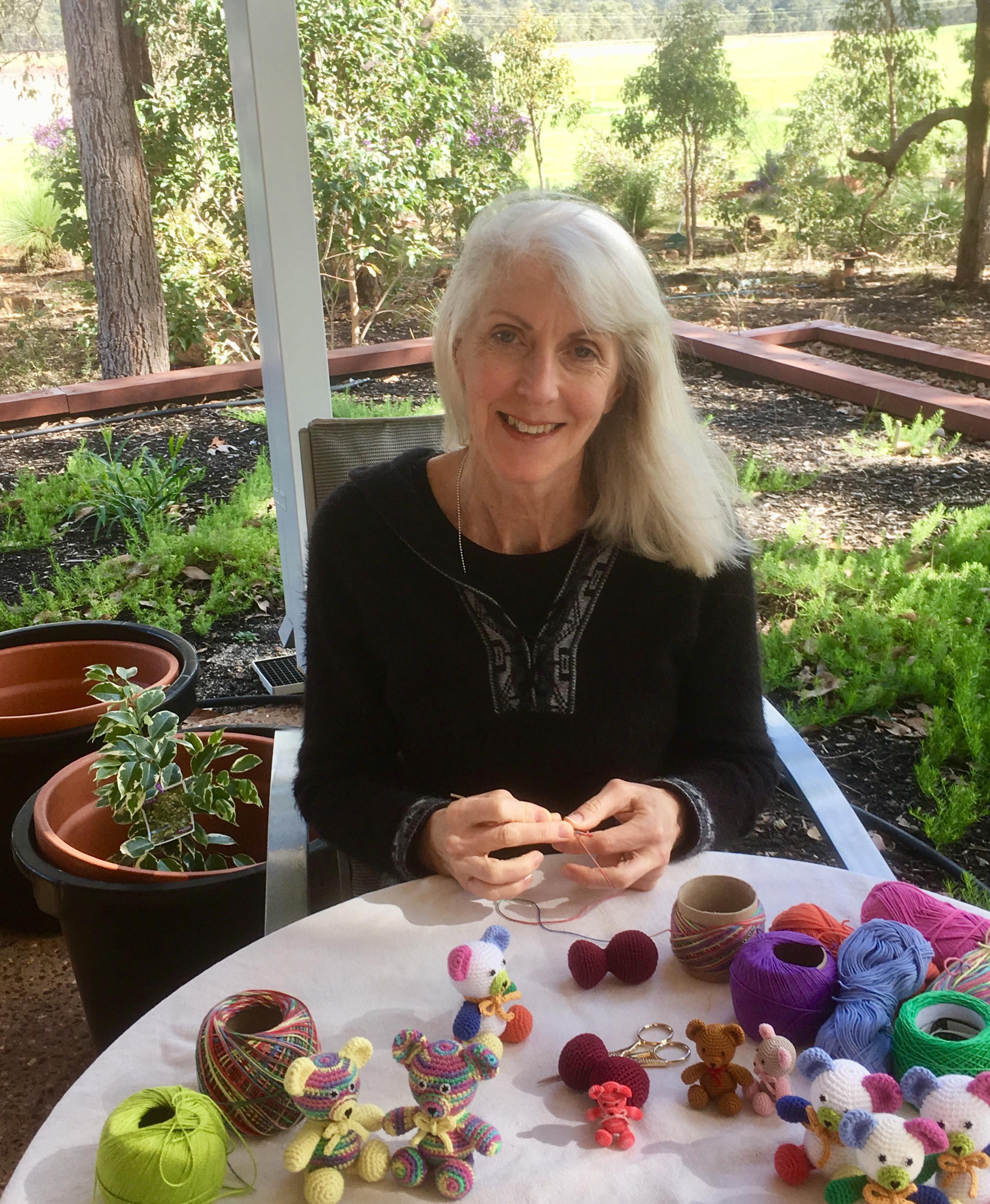 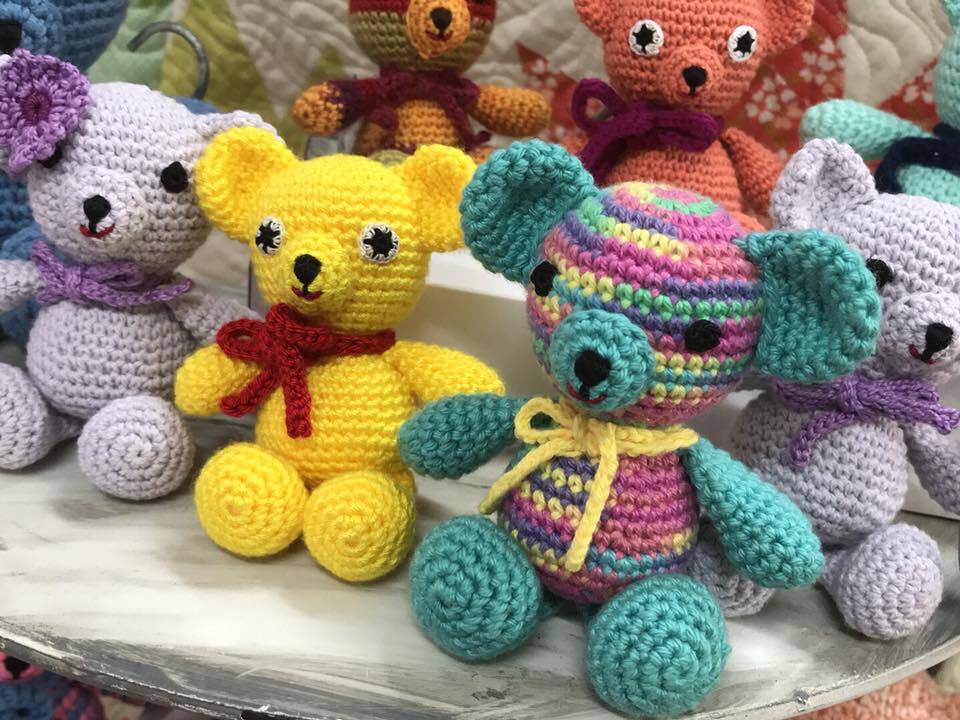 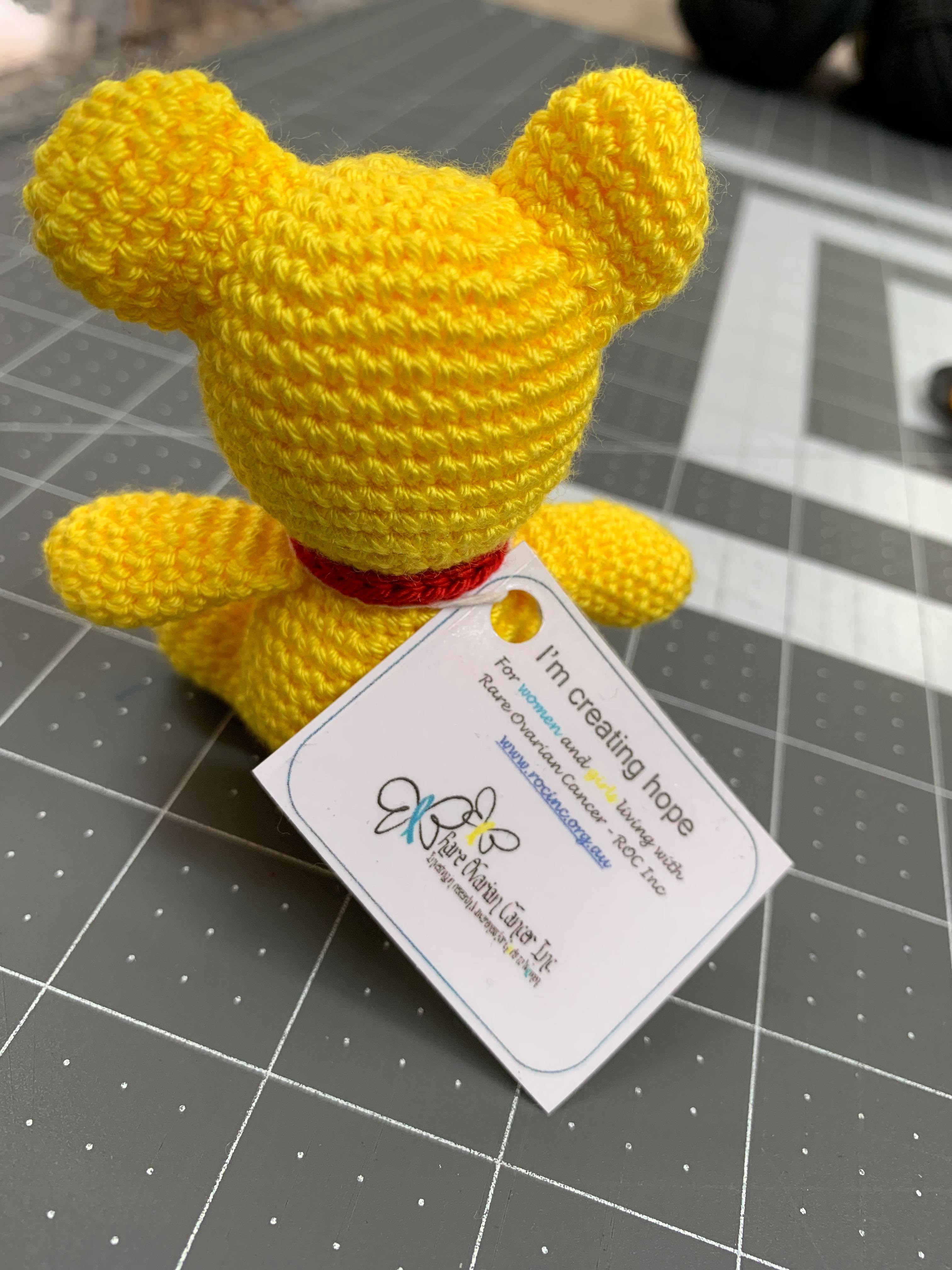 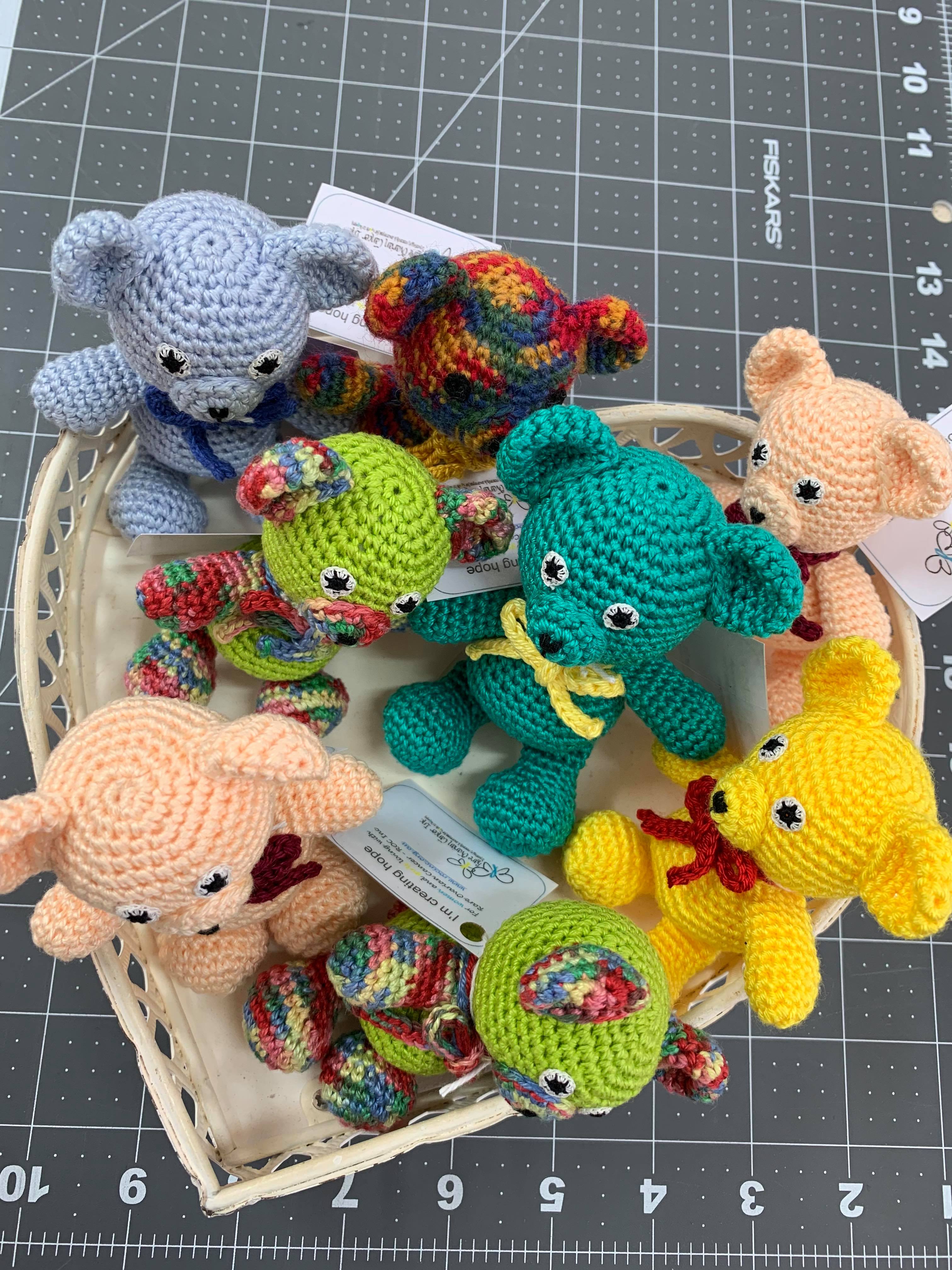 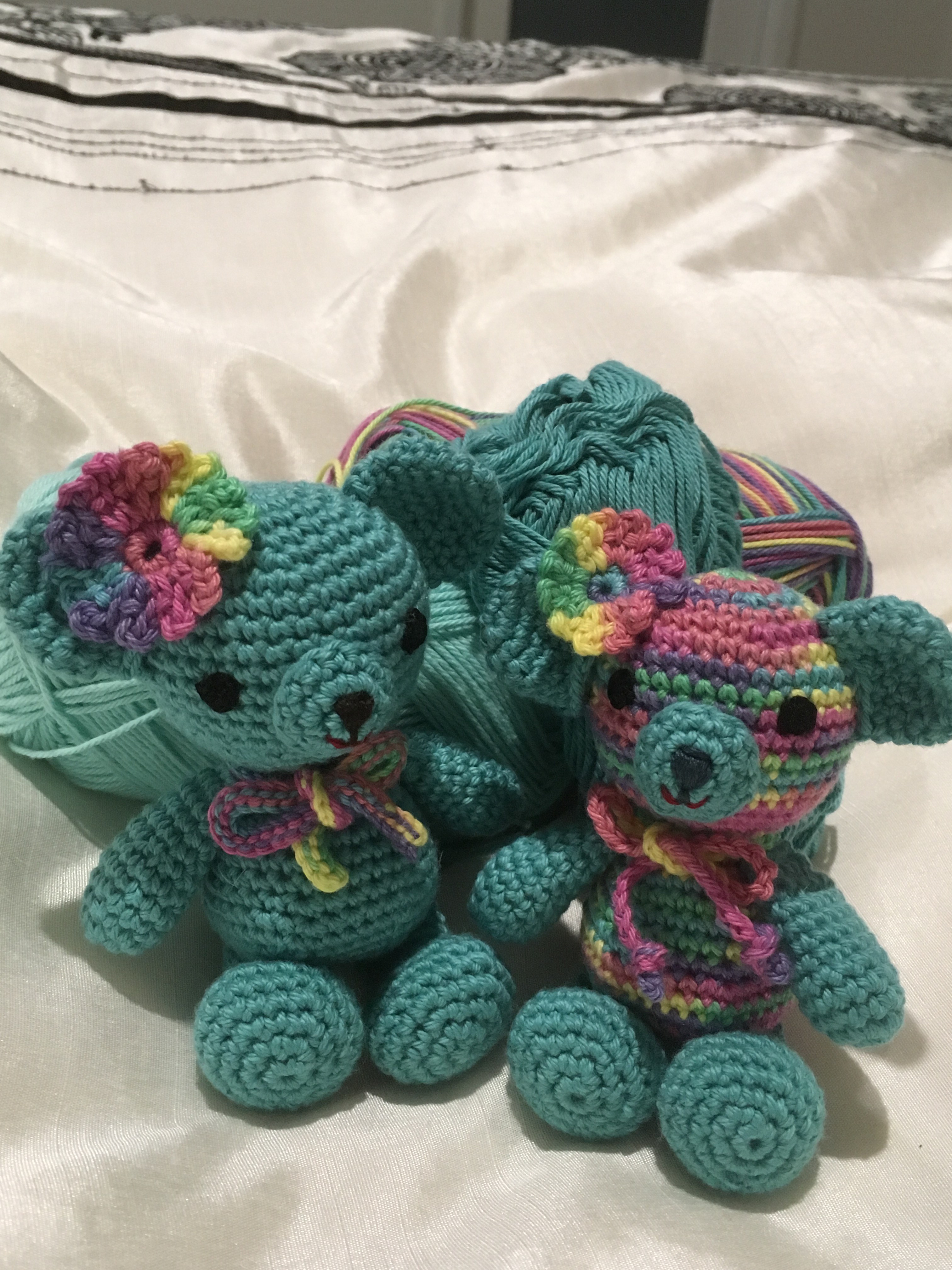